Violent Video Games and Children’s Developing Brains: Should You Be Worried? 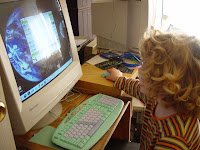 Psychologists have previously demonstrated that repeated exposure to a trauma or fear can decrease your emotional response to that stressor. For example, repeated exposure to memories from a traumatic experience can decrease an individual’s emotional response to these memories. This is one of the reasons why talking about these experiences can be an important part of counseling and also why your psychologist may recommend exposure therapy.

Following this task, participants engaged in a competitive task in which they were allowed to blast their opponent with a controlled amount of loud noise. Aggression was measured by the noise level that the participants chose. The group who played violent video games blasted their opponents with louder noises than the group who played non violent games, indicating a more aggressive response.

It remains uncertain what effect violent video games have on children, whose brains are still developing. However, the results of this study suggest that caution and prudence should be applied when selecting activities for your developing child.

For parents who are concerned about the impact of violent video games on their children’s behavior: