OCD does not stand for “Organized and Clean Disorder”

“Is it you, me, or OCD?”  This is the question on the minds of “Rachel” and “Clint” as they enter the office of their new 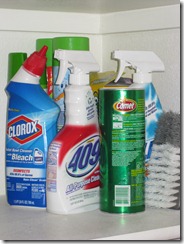 psychologist.  Rachel and Clint are seeking couple’s counseling to figure out how they can resolve their differences.  Rachel is fed up with Clint because he insists on having things organized a certain way, and he is very rigid about his routine.  Clint is irritated with Rachel for not helping him keep the house organized and for not understanding his need for certain routines.

Although this particular story is fictional, it represents the struggles of many people as they interact with their partners, friends, and family members.  Some people are very structured and organized, while others are not.  Some people are very concerned with germs and cleanliness, while others do not think twice about eating food that has fallen on the floor.  It is not uncommon for people to joke that their friend has OCD because she insists of keeping everything clean and organized.  Another person may joke that his friend is “OCD about Star Wars” because he has a tendency to collect Star Wars memorabilia and is very familiar with Star Wars trivia.  Everybody has a range of personality traits and individual differences.  But when does cleanliness, intense interest, and organization cross the line to OCD?

OCD (Obsessive Compulsive Disorder) is a psychological diagnosis given to people who have obsessions and compulsions.  Obsessions are intrusive, disturbing thoughts that cause anxiety and impairment in daily functioning.  Compulsions are repetitive behaviors that a person feels compelled to engage in.  If a person with OCD is not able to engage in these compulsive behaviors, intense anxiety often results.  Only a psychologist or other qualified health professional can diagnosis OCD.

OCD is a disabling condition that affects interpersonal relationships and daily functioning.  It is sometimes very difficult for someone to understand why their partner engages in compulsive behavior and obsessive thinking.  Often these behaviors are dismissed as “silly”, and the person is told to “just stop” doing them.  In the case of the couple mentioned above, the counselor may work to help each person understand and accommodate their partner’s personality traits.  However, if Clint truly has OCD, this approach would not work.  Asking Clint to give up his routine may spur feelings of anxiety, followed by feelings of defeat when he is not able to succeed in changing behaviors.  This may lead to feelings of resentment and anger in Rachel when she sees that Clint is not changing his behavior.

The good news is that there is treatment for OCD.  Cognitive behavioral therapy has shown great effectiveness in reducing OCD symptoms so that OCD sufferers can get their lives back.

Organization and cleanliness are not clinical diagnoses, but Obsessive Compulsive Disorder is.  If you think you may have OCD, please consult a psychologist in your area.