Dealing with Failure and Setbacks 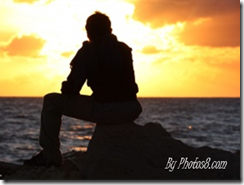 New research from the University of Kent shows that positive reframing, acceptance, and humor are the most effective coping strategies for people dealing with small failures and setbacks.  Positive reframing means changing your view of the failure and creating a more positive interpretation.   This can be done by looking for the positive outcomes, and focusing on what has been achieved rather than what has not been achieved. For example, Mary felt discouraged when she did not get the work promotion she had worked so hard to achieve.  She thought about all the extra hours and energy she put in to try to get this promotion, and she felt that it was all wasted.  When she thought more about it later, she realized that the extra projects she had taken on had built her resume and increased her knowledge in her field.  She realized she was now more prepared to get a different promotion within the same company, or even go work at a different company.  She also realized that not getting the promotion had allowed her more free time to gain more education and do the things she wanted to do.  By reframing this setback, she was able to feel happier and more confident, and she could accept the loss of the promotion.

In the University of Kent study, strategies that led to decreased positive feelings were using social support, denial, venting, behavioral disengagement, and self-blame.  It’s somewhat surprising that using social support was  a negative coping strategy in this study. Other research has shown that there are many psychological and emotional benefits of social support.  However, sometimes friends and family can increase negative feelings even when they are trying to be supportive.  By allowing their friend to vent and agreeing with how bad the situation is, they may be strengthening the friend’s negative feelings and bad mood.  On the other hand, if friends are too optimistic and act as as a cheerleader, their friend may feel a lack of support and understanding.  Helping a friend use positive reframing after a failure may be the best kind of social support.